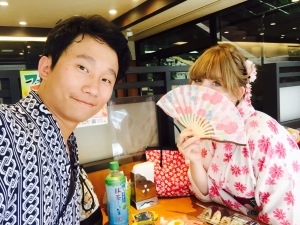 something inspiring when your life is made of work, reports, school and complaining you ate all the snacks you brought from your recent trip. However, the world is giving me the inspiration to write – sometimes positive, sometimes negative.

I will start with something positive, as this post is going to be a little rant of mine on penises.
Yes, the famous eggplant emojis, peepees, penises.
It feels awkward to write about it, but I guess someone has to address this issue.

In case you missed my latest video, here are some cute shots from Taipei’s Rilakkuma Cafe.
That’s about it for something positive!

One of my dear readers (Cheers, WM!) sent me a link to an article about white Playboy model getting bashed because she finds attractive and dates only Asian guys. She gets called names, even threat messages! If you want to read more, click here.

Let’s face it – it’s not the first time where (insert ethnicity here) girl is entitles only to date guys within her own race, and if she dates (insert other ethnicity here) , she will make some half-brain men very, very upset. It was like that in the past, sadly – it’s still there.

I don’t want to say ‘We’re all used to it’, because that would mean we sorta accept it, but it’s not something that we never heard before.

But when it comes to dating Asian men, the first and most common insult that comes out of the mouths of racist people (not even men, but people in general) is ‘I bet he has a small penis‘. It is always about the penis. They won’t say things like ‘Mommy boys’, ‘Tentacle loving freaks’, ‘Uncultured’ (as you can see I did not master in racial insults) – it’s always the penis.
The small penis comment sometimes goes along with ‘He must have loads of money, because you obviously don’t date him for what he has in the pants’.

And you know what? They would be God damn right – I would not date someone just because of their penis size. I wouldn’t turn someone down either. Just because you clap when you walk, it doesn’t mean you’re a great lover – same for a smaller size penis.

I won’t get into debate about someone’s taste, someone obviously hated the plot (sic!) but I have a feeling all those negative feedback is given purely by the fact that the male part is given to the Asian dude instead of someone with a cannon.

I do realize statistically Asian penises are smaller in size comparing to other races, but why does it have to be used as an insult? You won’t be insulting someone based on their skin color or their gender, something they were born with and have no way to change (unless, of course, you use Austin Power’s Swedish made penis enlargement). Then why would anyone insult somebody because of their penis size?
Isn’t this just another way to body-shame someone? We fight for the right image of female’s body, but we seem to forget that men can be the victims too.

Men tend to state that guy who doesn’t have a big penis is somehow less of a man, which is somehow

ironic because if you ask women, what do they want from a guy, there are plenty of things they rank higher than the penis size itself: personality, sense of humor, kindness,  compatibility, and how he treats her.
Of course, they also care about looks but that’s something that can be change in order to seem more attractive to bigger group of females.

To be fair, these comments also come from some women – things like ‘Measuring tape doesn’t lie’ or ‘I feel sorry for him, I wouldn’t want to be with someone like that’.
They don’t know what they could be missing – and I’m not talking about sex life as it can be boring as hell with Roberto Cabrera himself; they miss a chance to be with someone who could possibly be love of their life.
They wouldn’t want to be rejected based on the size of their breasts or their waist, then why they feel it’s OK to do it to someone?

If you ask me, it doesn’t matter to me if a guy would have a log or a shrimp between legs – as long as he has balls. Not literally, but also kinda literally.
What I mean is, the guy should be a man when he needs to, he should be responsible and make me feel like someone who can take care of me when I need him.
Sing is only 172 cm high, but when a drunk guy approached me and started doing obscene gestures during a music festival he nearly beat the crap out of that guy. 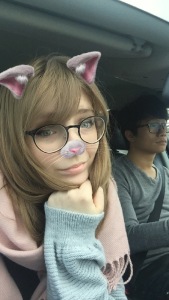 I won’t get into topic of my husband’s penis or our bed life, that’s not the point. No matter what I say, no matter how many compliments I say about my husband, there will always be a someone saying ‘That’s the best he can do, for an Asian with a small penis‘.

But I want this to be addressed to the world, maybe at least one person would read it and change their way of thinking.
I don’t expect miracles, there will never be time in human history when everyone will be equal in the eyes of each other. Yet, I still hope to hear less and less stories like the one that was used to write this post.

PS Every penis is a Schrodinger’s penis – it’s both big and small until the pants are down! 😉

I know this post is bit controversial and open, but I bet every girl who dates/ed an Asian guy heard this at least once.
I would love to know your opinions on this – even anonymously!

26 thoughts on “真的是大小的問題？- why is it always about the size?”