From time to time in the news I can read about people overreacting about the gifts they didn’t want. Recently a girl 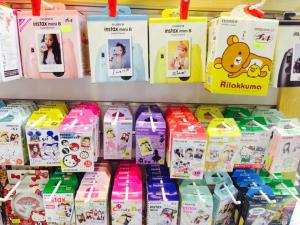 smashed a brand new smartphone because it wasn’t the newest iPhone 6. This story ends up in a really sad way, but usually it’s just a photo of 99 roses in a garbage bin or video on YouTube with arguing couple. Whenever I read about situations like this I just sigh and think of ‘First world problems MEME’.

It made me start to wonder what would all those people do if they were in relationship with my husband. Trust me, if you ever thought you didn’t really pick a right gift then you haven’t met Sing.

I love him so much, but when it goes to gift giving he sucks. I don’t blame him – in his family exchanging gifts doesn’t exist. The only form of gift is a red pocket, eventually ‘Mom, I want this’. Let them pick on their own and you will end up with that painful ‘It’s great’-smile. Don’t get me wrong, I’m not picky with my gifts but their choices are always completely from another planet. Before coming to America, Momzilla asked me what to get for our landlord’s son; being good daughter in law I told her some car toys would be fine. Guess what she brought… Every two year’s old most necessary item – dried mushrooms. Three kinds of dried mushrooms.
Now you know why I can’t blame Sing – it’s in his blood.

Of course he cannot match the Mushromzilla, but if they ever team up they can open a break up company. 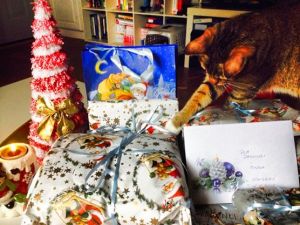 You don’t want to be with someone anymore but you don’t know how to say it out? Let our Mother&Son Inc. buy your significant other a gift and see how soon he or she disappears from your life.

When we started dating it wasn’t that bad, he actually tried to pick something that is a ‘safe’ choice for a gift and wouldn’t end up on whydidyoubuymethat.com (FYI, that’s a real site). But longer we are together, the choice of his gifts got worse and worse. I remember first gift he ever got me was a beautiful silver necklace with a heart shaped stone. Then on my birthday I got a cooking book. Since I told him I like cooking it could be justify. It could, that’s true, but only if he actually got it for me instead of getting it as a bonus from American Express.
To make it more funny, I got a second one for Christmas the following year and at that time he accidentaly told me the first one was from the credit card company. He tried to save his face saying he bought the second one, but I just laugh at him. Later on, at the age of 21 and a half I got a Hello Kitty backpack. ‘Because I know you like cute stuff’. If only it was a Rilakkuma…
Then for some time I picked my own gifts so he can see what kind of things I like exactly and hoped that he will learn. I sighed 285375943 times on one purse, especially since my old was holding on the last threads. Instead I got a year pass to Six Flags. I won’t lie, it was fun, but it just proved me delicate suggestions don’t work for him. I need to go and point my finger to what I want to get. And even this won’t guarantee he will choose it. But nothing can beat this year’s Christmas gift. Sing was in Ireland so he sent his friend over with a huge Tiffany & Co. bag. 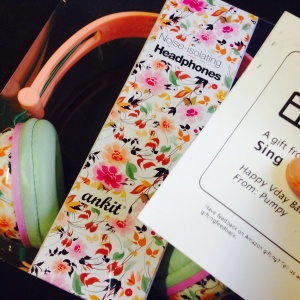 You could just imagine my eyes shinning, I never really had anything fancy (I’m a cheap bastard to myself, I admit it). My heart is beating really fast, I open the beautiful mint wrapped box and what I see? Set of business wine glasses. I don’t even like alcohol. I felt like those kids when they think it’s an apple covered in caramel but someone used onions instead of apples. Although I appreciate his effort, he said he just wanted me to have something more fancy and unique. Too bad he forgot he’s the only wine lover in the house. Luckily this Valentines I sent him a link to Amazon and got EXACTLY what I wanted and needed.

Looking at him I made a short guide to gifting:

Of course I laugh about it, make jokes with my mom like ‘At least it’s not the third cooking book’ and I hope Sing doesn’t feel the same way about my gifts because at least I listen to him, haha. I really appreciate 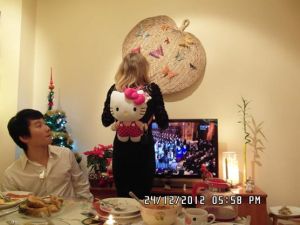 he tries so much to make the gifts personal and I just think it’s adorable mix of love, consideration and culture differences.

Have you ever got a bad gift? Do you think anyone can match Momzilla and Sing? Share your stories! Also check out the latest post written by Constance from Foreign Sanctuary about her worst gift from her Taiwanese husband! (click here)